Currently Mr Tonnie De Koster works directly for the Director in charge of the Digital Economy and Coordination in the DG Connect of the European Commission. He deals notably with designing the Digital Single Market as well as with innovation policy for ICT companies and with copyright. Previously he was Deputy Head of Unit in charge of the Innovation Union in DG Research and Innovation. 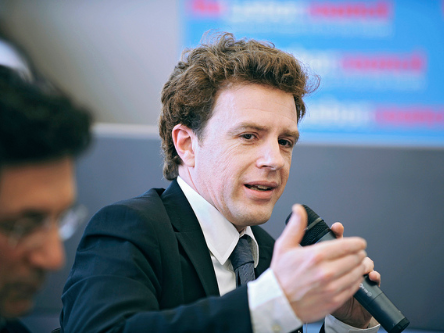 From  end 2005 till end 2010, he was in charge of designing and implementing the Europe 2020 Strategy for Growth and Jobs (and its predecessor, the renewed Lisbon Strategy) at the Secretariat General of the European Commission (a service reporting to the then Commission President Barroso). In the framework of these tasks, at the height of the 2008 economic crisis, he helped drawing up the European plan for economic recovery which was subsequently endorsed by the December 2008 European Council.

Tonnie has a long experience in the field of ICT policy. First as Assistant to the Director-General for Information Society (1996-2000) and then as Member of Cabinet of Erkki Liikanen, Commissioner for Enterprises and Information Society (2002-2004) he was responsible for liberalising telecommunication services in Europe and for launching the eEurope strategy aimed at promoting ICTs in Europe.

Previously Tonnie worked within the European Commission at developing a European policy in favour of SMEs (1993-1996). Tonnie De Koster is an economist.